Fusilier Lee Rigby was murdered in broad daylight on the streets of Woolwich, London in front of other people and passing traffic. He was going back to barracks and was only a few minutes away when he was attacked.

END_OF_DOCUMENT_TOKEN_TO_BE_REPLACED

Another mass shooting in America, 13 dead, will these deaths help the cause to ban guns etc, NO, they will make no difference. Things will carry on as they are with hundreds of deaths every year 90% of them innocent people.

END_OF_DOCUMENT_TOKEN_TO_BE_REPLACED

America , will they attack Syria.

Will the President go against what seems like a great wave of people all over the world and attack Syria. Will he ignore the people and go for an attack.
Will he go against the U.N and attack, I think the evidence he has is dodgy, where did he get it, I think its from the same people who supplied President Bush’s information and look how that turned out, a pack of lies.
What business is it the states any-way, they are not the policemen of the world, it will do the states no harm. If they attack, it will do greater harm, fester more hatred towards America maybe more Americans killed. END_OF_DOCUMENT_TOKEN_TO_BE_REPLACED

There were “significant concerns” of irregularities both leading up to the poll and on election day itself which “call into serious question the credibility of the election”.

Over one million people were cheated out of their vote in areas that did not support him, and an  unbelievable number of people of 100 years of age voted in a country were the age limit is about 65.

END_OF_DOCUMENT_TOKEN_TO_BE_REPLACED

My Lords are crap.

I’m writing about the House of Lords, in Westminster, in the British Parliament.

This place is full of people with airs and graces, some who do not deserve their title and others their title was handed down.

Some of them are full of shit, so much so they have upgraded two toilets in the House of Lords, at the cost of £100,000, what are they bloody people playing at when money is so tight for the county / government.

The rooms are not the only toilets in the building and are not particularly big, with one cubicle and two urinals in the men’s toilets and one cubicle plus a hand basin in the women’s

END_OF_DOCUMENT_TOKEN_TO_BE_REPLACED

Posted on June 14, 2013 | 9 comments
Britain has been trying to deport Abu Qatada since 2005, and he has been detained and released several times during the legal battle.

The government has been trying to deport this scum for nine years, so hopefully within the next few months when Jordan pass a new law we will see the back of him. 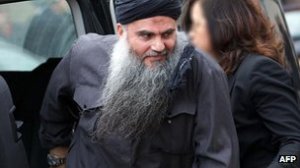 END_OF_DOCUMENT_TOKEN_TO_BE_REPLACED

Prism Internet spying by the U.S.A. and G.B.

G.C.H.Q. and the N.S.A. are they breaking the law, there is going to be questions asked in Parliament and an inquiry held in Briton, doubt if the same will happen in the U.S.A.

We all have been taken for a ride by social network sites, we were all told that everything would be safe, now we find we are being listen to and all text can be read. 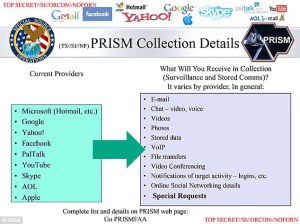 END_OF_DOCUMENT_TOKEN_TO_BE_REPLACED

Shame on The Irish Catholic Church and Nuns.

The report out to-day opens up the abuse by the Catholic Church and by Nuns of young girls and woman.

Thousands of women and young girls sent to Catholic-run workhouses where they were subjected to a regime of hard work and prayer.

The Magdalene religious-run institutions started in the late 1700s as places to rehabilitate so-called “fallen” women.   It is estimated that around 30,000 women, mainly single mothers and teenage girls, were placed in the laundries to work.   There were 10 Magdalene laundries across Ireland and the last one closed its doors in 1996.

END_OF_DOCUMENT_TOKEN_TO_BE_REPLACED

Leveson has announced his recommendations.

After nearly a year and at the cost of £1 million the Prime Minister is not going to implement his finding but stay with what we have now.

This has cost so much damage to peoples lives.

The victims of press abuses want them implemented.

Let the Government know that you support the victims.

Re-blog this post please to get up to the figure of 150,000 so that it will get into Parliament and let them know what the people think.

The dictator is dead, at last. He has caused so many deaths in his own country to his own people, and an untold number of people are missing.

Killing of Colonel Muammar Gaddafi of Libya, who ruled for 42 years with an iron hand on Thursday in his hometown of Sirte at the hands of the National Council of the Libyan fighters who controlled the city after weeks of fierce fighting.

Sorry but i had to remove the video.

The 69 year-old despot was shot in the head and both legs as he sped out of the coastal town of Sirte in a four-car convoy.

END_OF_DOCUMENT_TOKEN_TO_BE_REPLACED

Posted in All about people, political matters

Convicted Murderers And Rapists On The Run

Hundreds of criminals who should be in jail are on the run, including 20 murderers and nine rapists, it has emerged.

Figures released by the Ministry of Justice (MoJ) reveal that more than 100,000 offenders freed from jail over the last 10 years have been hauled back to prison for breaching their release terms.

All prisoners serving fixed jail terms since 2005 have been automatically freed when they have completed half of their sentence, regardless of the risk they pose to the public or whether they have shown any remorse.

Nearly 1,000 prisoners – some of whom have been convicted of very serious crimes – have ignored the demand to return to jail and are still at large.

One offender in his 30s, who was automatically released halfway through his five-year sentence for domestic violence and threatening to kill his partner, was subject to an emergency recall after texting death threats to her within two hours of his release in Merseyside.

END_OF_DOCUMENT_TOKEN_TO_BE_REPLACED

Career soldier Mladic became known as the “butcher of Bosnia”

Bosnian Serb wartime general Ratko Mladic was arrested in Serbia Thursday after years on the run from international genocide charges, opening the way for the once-pariah state to approach the European mainstream.

Ratko Mladic, accused of orchestrating the massacre of 8,000 Muslim men and boys in the town of Srebrenica and a brutal 43-month siege of Sarajevo during Bosnia’s 1992-5 war, was found in a farmhouse owned by a cousin, in the village of Lazarevo, near the northeastern town of Zrenjanin around 100 km (60 miles) from the capital Belgrade in the early hours a police official said.